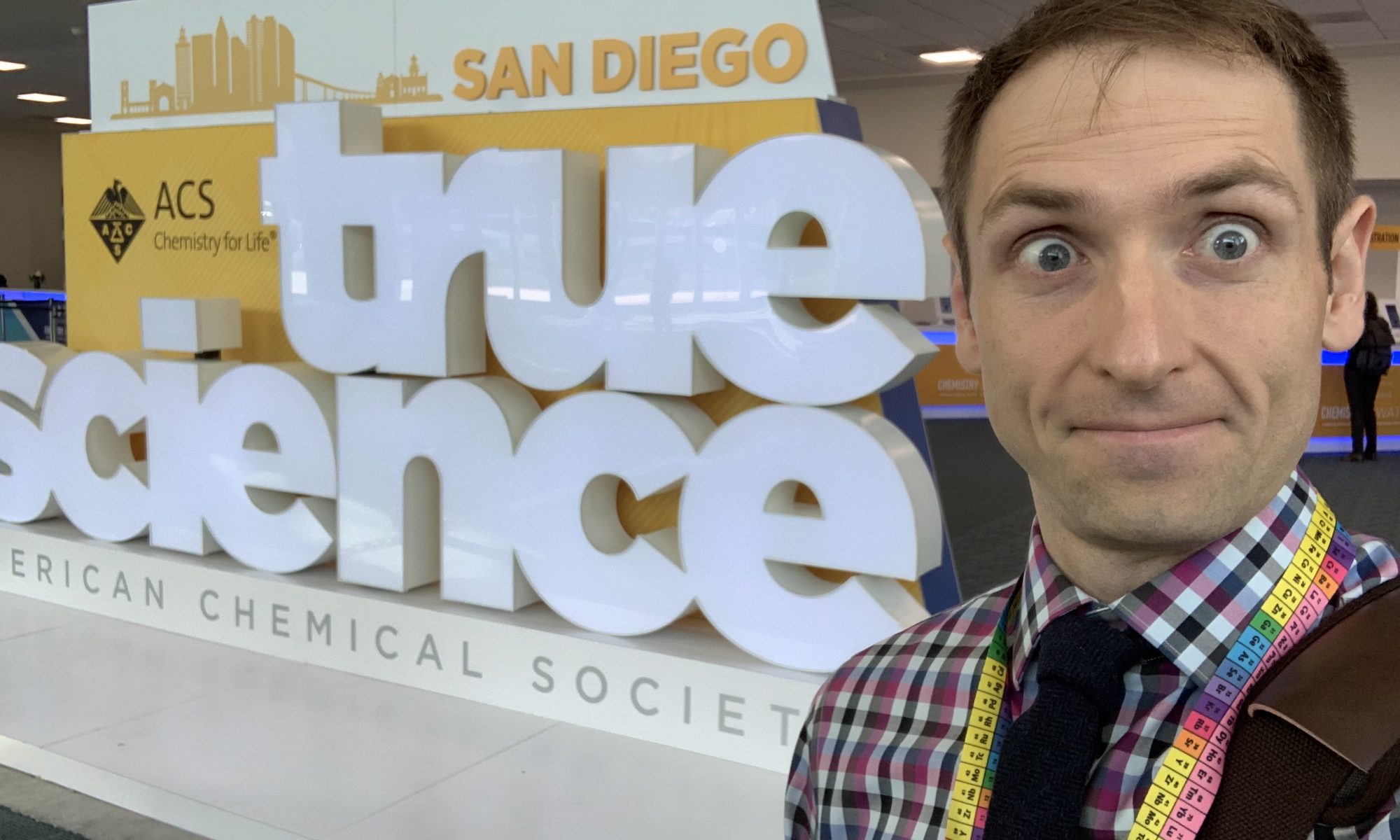 For those of you not in the know, the American Chemical Society hosts two meetings are year, which gathers together chemists from all across the spectrum to talk about everything and anything related to chemistry. I’ve seen talks about perovskite-based solar cells, CUREs in an undergraduate curriculum, celebrations of lifetime achievements, networking and job hunting, posters and talks given by people from all across the planet… the list goes on and on.

This year, I wanted to bring along Claudia, Nick, Ellen to experience the spectacle. Nick and Claudia both presented their research in the session called “Undergraduate Research at the Frontiers of Inorganic Chemistry.” Ellen gave a poster in the same associated poster session. But what I was most impressed by was their ability to take it all in. Nick was running hard back and forth between hotels as he tried to see as many potential future PIs as he could. Ellen and Claudia spent time at the graduate school information round table discussions as well as the “Exploring Global Opportunities” session. They are all a little bit more prepared for what awaits them after Davidson, and I’m so happy we did it together.

For some like myself, the meetings are also a terrific time to catch up with old friends who have been scattered across the country. One of my first undergraduate researchers, Nicole Torquato, is now at UC San Diego working with Cliff Kubiak. She sent me a text saying “where are you?” and in two minutes, she pops through the door of a research talk to sit right next to me. Stuart Smith and Miriam Bowring were fellow Bergman students who are now at ExxonMobil and Reed College, respectively, and we just all happened to bump into each other. My students really bonded with Miriam’s student Lexi (sorry if I’m spelling that wrong). I got to say hi to Ian Tonks face-to-face for the first time and see some of the research that my buddy Neil is doing with his students at Penn.

It’s possible I’ll be heading to the next meeting in Philadelphia, but the jet lag is killing me right now. I’m not going to think about it right now!